Bouchard Transportation Co., Inc. describes itself as the largest independent petroleum barge company with ocean-going vessels in the nation. It is based approximately 40 miles from New York City in Melville, New York. Bouchard Transportation is active on every major shipping coast in the United States: it has operations on the East Coast, West Coast, Gulf Coast, and Great Lakes. The company is in its 100th year of operations since being incorporated in 1918. Fred Bouchard founded the company with the money he was awarded for his bravery during World War I—it is owned by the Bouchard family to this day.

The company’s first shipped product was coal, but it entered the oil business in 1931 after buying a sunken barge. After founder Fred Bouchard’s passing, his son took over the business and expanded its oil barge capabilities. In response to the Oil Pollution Act of 1990, the company began to build double hull barges.

Bouchard Transportation Co., Inc currently owns and operates a fleet of 25 tug boats and 26 tank barges. The company states that it has been aggressively expanding its fleet since 2010 and practices safety through technological advancement and upgrades.

In October of 2017, a fatal barge explosion occurred off the Port Aransas coast. Two men were killed in the blast, which occurred on a Bouchard vessel. The oil barge explosion attorneys at Arnold & Itkin recently filed a case against Bouchard Transportation on behalf of the family of one of the young men who died that night.

The accident triggered an investigation by the United States Coast Guard, and hearings regarding the incident began in July of 2018. Arnold & Itkin’s team of lawyers has been working tirelessly to build a case that shows the accident was caused due to negligence on behalf of Bouchard Transportation. We’ve built a clear line of evidence linking the barge’s explosions to a history of ignored maintenance on sister ships to the exploded barge. Though the case is still in progress and Bouchard Transportation has attempted to halt the investigation, Arnold & Itkin LLP is working vigorously to obtain a result that brings closure to a family that lost a son and brother.

As of 2017, recovery efforts were still in process to restore Buzzards Bay from the last Bouchard oil barge accident. The company paid millions in settlements and fines for environmental damage, property damage, and other costs.

Companies Must Be Held Accountable 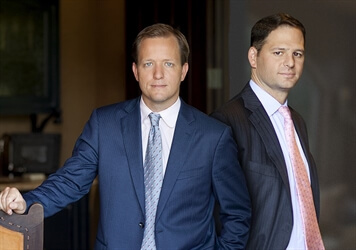 If you or a loved one have been involved in an accident at a refinery, oil barge, or other parts of the industry, call us today at (888) 346-5024. Our attorneys have won billions of dollars in our history of victories, helping thousands of people afford good medical care, replace their lost wages, and provide for their families. No case is too hard and no company too large for us to face.

Call (888) 346-5024 or contact us online today for your free consultation. Our clients pay nothing unless we win.