Offshore work is not for the timid. Crew members on seagoing vessels assume dangerous jobs and risk serious injury while at sea—injuries that could take away their livelihood or permanently diminish their quality of life. These offshore workers have special legal protections known as the Jones Act.

In 1920, legislation known as the Merchant Marine Act of 1920 (referred to as the Jones Act) was signed into law. A significant part of the legislation stipulated protection for seamen that allowed them to hold employers liable for their injuries if they resulted from negligence. This part of the Jones Act is very much an active part of today’s shipping industry, requiring employers to provide reasonably safe environments for their workers.

Under the Jones Act, seamen have legal rights that offer protection to their health and livelihood. The act entitles them, or their surviving spouse or dependents, to file a lawsuit when crew members or ship owner's negligence caused injury or death. If a worker is injured offshore, he or she can file a Jones Act lawsuit against his or her employer as a means of getting compensation for medical bills, lost wages, and other damages.

You can hold an employer accountable for your injuries if:

Jones Act seaman, by law, are entitled maintenance and cure benefits. Even if you hire a maritime law attorney to pursue a lawsuit, you are still entitled to receive these benefits!

Many offshore companies try to set unrealistically low maintenance rates (as low as $30 per day!). By hiring an experienced injury attorney, you can help ensure this is raised to a more realistic number.

When you involve our firm, you can feel confident we will work to get you just compensation.

Criteria for Being a Jones Act Seaman

Just because you have been injured while working offshore does not necessarily mean that the Jones Act protects you. To qualify as a Jones Act seaman, certain criteria must be met.

The final bar that must be reached to qualify as a Jones Act seaman relates to how much of your time is spent working on the vessel. One federal court ruled you must spend at least 30% of your time on the vessel to be covered by the Jones Act. However, it is important to understand that 30% is used as a rule of thumb; it is not determinative.

Jones Act vessel status may seem simple to determine, but it has been a source of controversy in the courts.

Conventionally, the following are easily distinguishable as "vessels":

However, as the maritime industry has changed, the definition of a vessel has expanded to include special purpose vessels such as jack-up and semi-submersible rigs, mobile offshore drilling units, dredges, and even pontoon rafts.

In a 2005 Supreme Court decision, a new definition of a vessel emerged:

"The word 'vessel' includes every description of watercraft or other artificial contrivance used, or capable of being used, as a means of transportation on water."

Under the Supreme Court's definition, the lower courts have reconsidered the guidelines used to find vessel status for the Jones Act. Several courts previously ruled that unpowered floating structures were not Jones Act vessels, but the 2005 Supreme Court decision changed the rules so that it was no longer required that a vessel be self-propelled. Under the new rules, even a floating dormitory is a Jones Act vessel.

The Jones Act vs. Workers' Compensation

Our attorneys are experienced in maritime law and understand the differences between the various federal and state laws that affect your rights. We have helped workers along the Gulf Coast as well as in other coastal states in the U.S. and can handle claims related to any navigable waters nationwide. If you are interested in finding out more about your rights and how a maritime accident lawyer at our firm can protect you or a family member, call now.

The Jones Act, although similar to workers' comp and the LHWCA, has several key differences:

The Jones Act: How Do I File a Claim?

The steps to building a strong case begin immediately after an injury.

As soon as you realize you are hurt, notify your supervisor or captain. Even if you are unsure about the severity of your injury, having the injury on record begins your claim on a strong start. Your employer will likely reach out to you to file an accident report. Being as factual as possible will benefit you in the long-run. Consider your words carefully, as the accident report will later serve as evidence in your Jones Act claim. However, if your employer’s insurance asks that you record or write a statement about the accident, do not do so. You are not required by law to release a statement to them, and they may use your testimony against you later in the case. Do what you can to avoid giving any statement until you can get off the ship and start medical treatment with your doctor.

In most cases, a seaman has three years from the date of the injury to file a Jones Act lawsuit. It, however, is critical that no time is wasted in contacting a skilled maritime injury lawyer.

Under the Jones Act, a seaman may qualify for damages that cover past / future wage loss, past / future medical expenses, as well as pain and suffering. Sometimes in unique cases you can get punitive damages and get attorney's fees if a company has willfully failed to pay for your maintenance incurred. Now, if we are able to show that the Jones Act employers were at some point partially responsible or one of the other crew members contributed to you getting hurt, then you could essentially recover the full available damages.

Storms like hurricanes are acts of nature and cannot be controlled. This does not excuse maritime employers from responsibility, however, if they fail to evacuate crews, do not maintain seaworthy vessels, or do anything that negligently (or intentionally) puts a vessel and its crew in a storm's path. If you were injured because you were on a rig or boat that was left in the path of a hurricane or tropical storm, you may be entitled to compensation under the Jones Act. Our attorneys can talk to you about your options to help you take the right steps.

Can My Employer Fire Me for Filing a Jones Act Lawsuit?

Even with the protections under Jones Act in place, many offshore workers do not take full advantage of their legal rights. It is rumored in the industry that employers may fire workers who file a Jones Act lawsuit and placed on a "blacklist" that effectively bars them from being hired by another company in the maritime industry.

Where this rumor began is uncertain, but maritime companies are happy to keep it alive because it deters workers from filing lawsuits. It is important for offshore workers to understand the legal rights that the Jones Act affords them. The Jones Act provides injured workers with the right to file a lawsuit against his or her employer.

This does not mean your employer will not fire you for filing a lawsuit; it merely means they cannot do so without consequence. If your employer does fire you or retaliate against you in any way because you filed a Jones Act case, you can bring an additional wrongful discharge lawsuit against your employer as well. If it is shown that you were illegally fired, you could be entitled to additional compensation for wages lost as a result of your termination.

If you have been injured and are unsure whether you qualify as a Jones Act seaman, consult with a Jones Act lawyer. At Arnold & Itkin, our team of has helped offshore workers all across the country recover compensation for their injuries. We can review the facts of your case and help you determine if you are legally protected under the Jones Act or if a different course of legal action is the best option. Contact us today for a free case evaluation!

If you would like to discuss your Jones Act case with our attorneys, we encourage you to contact us as soon as possible. We at Arnold & Itkin have recovered billions of dollars in verdicts and settlements; we have what it takes to stand up for your rights. Call our Jones Act lawyers today to learn more! 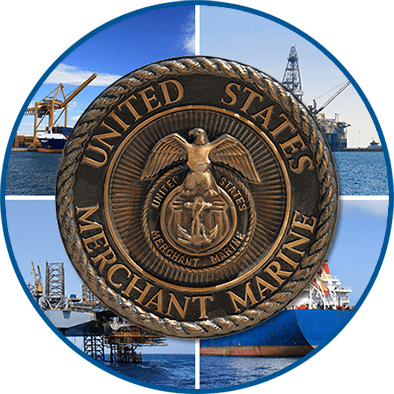 Known as the Merchant Marine Act of 1920, this federal statute protects United States maritime commerce in national waters and between U.S. ports.

If you were injured while at sea, it is your right to seek compensation from your employer to protect your health, family, and livelihood. These rights include compensation for damages such as a loss of wages, medical expenses, and even non-economic damages.

If a loved one died while engaged in seagoing operations you may also be able to file a claim. A maritime lawyer at Arnold & Itkin can provide the experienced, compassionate support, and guidance you need. We are highly experienced and have a successful track record with maritime cases, having recovered billions of dollars in verdicts and settlements.

We represent workers along the Gulf Coast in Texas, Louisiana, Mississippi, and Alabama, as well as throughout all other states in the U.S., including Florida, California, New York, New Jersey, Washington, Oregon, and more. When you involve our firm, you can feel confident that we will work to get you just compensation. Our Jones Act lawyers have established a reputation for maximizing the recovery compensation for clients following a maritime accident.

Should it be proven that the ship owners, operators, or crew members were negligent or otherwise at fault for a maritime accident in any way, a Jones Act claim can be filed. In other circumstances, a claim can be made if the injured seamen can successfully prove that their injury was linked to an unsafe vessel.

In all situations, the owner of the ship has a legal responsibility to provide a safe working environment and proper training for the seamen. Should they not uphold this duty by ignoring a defect, inadequately maintaining the ship, or otherwise acting recklessly, and an injury results, a claim may be filed.

When Injured in an Accident...

Paid crew members on United States vessels are covered by the Jones Act. Should they suffer from an injury, a seaman can file a claim for the following:

If the crew was not reasonably trained for expected duties and that lack of skill or knowledge caused or contributed to the seaman's injury, then negligence may be proved.

The expertise and experience of the crew is included within the definition of seaworthiness of the vessel. It is important to know who qualifies as a Jones Act seaman, what structures are considered to be Jones Act vessels, and what rights are protected. Our legal team has extensive experience going head to head with some of the nation's toughest maritime corporations and businesses. We understand the intricacies of the Jones Act and can help you.