Safety is one of the main concerns of the employees and those in charge at the offshore workplace. One reason that the importance of safety is so high is that even the smallest error can spark a large and catastrophic disaster, such as a fire or an explosion. Oil rigs and other types of offshore and maritime workplaces hold a high risk for injury and accident for employees. When an employee is injured at their place of employment, they may be able to recover financial damages, regardless of who was at fault for the accident; fires and explosions are no exception to this rule.

When a person works aboard a ship, they may believe that the ship cannot catch fire when it is surrounded by a body of water; this is a huge misconception. With the large volume of combustible liquids aboard the ship, it has a high chance of fire and explosion. On drilling platforms, the employers are at risk to face serious injury if a loss of well control occurs. In cases such as these, plumes of natural gas may spout from the rig, and if combined with any type of ignition source, it will most likely to combust. If you or someone you know has been injured or fatally harmed at an offshore worksite, do not hesitate to call the skilled maritime injury lawyers at Arnold & Itkin LLP. 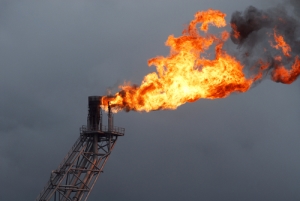 Drilling for oil & gas is one of the most dangerous professions—only behind commercial fishing & coal mining.

In fact, according to the Bureau of Labor statistics, 120 people were killed in the oil and gas industry in 2008. Consider this frightening statistic released by The Seattle Times: workers in pursuit of oil and natural gas in the Gulf of Mexico have been dying in accidents at the rate of one every 45 days since the mid-1990s. The good news is the vast majority of fires and explosions are small, causing less than $25,000 in damage (per The Wall Street Journal), and they usually only last a few seconds before rig workers and first responders are able to extinguish them.

Nonetheless, as the director of Petroleum Extension Service at the University of Texas said:

"These events are low probability with a high consequence. It is a hazardous business and that is what the industry has to deal with on a daily basis."

What causes these disasters?

TechNewsDaily.com writes that oil rig explosions happen in part because of the nature of oil drilling.

"Squeezing the complexity of oil drilling on land into a size-limited vessel atop storm-tossed waters with equipment descending into the blue for many hundreds of feet is about as easy as it sounds."

While it is true that sometimes freak accidents just happen, such as equipment failure, at other times, a company's negligence is directly behind oil rig fires and explosions. The 2010 BP Deepwater Horizon oil disaster, for example, was due in part to the several shortcuts the BP managers were accused of making to cut costs and time.

Some examples of common causes of oil rig explosions:

The U.S. Mineral Management Service and the Bureau of Ocean Energy Management also recorded 23 "loss of well incidents," or blowouts, since 2006. In 2010, the BP Deepwater Horizon oil disaster caused 11 deaths and 17 injuries. The oil flowed unabated for three months. More recently in the Gulf of Mexico, a fire occurred on board a Black Elk Energy oil rig, resulting in the death of one worker, the disappearance of another worker, and the injuries of several other crewmembers. 11 crew members were flown to hospitals and 4 were reported to be in critical condition.

The Future for Oil Rig Workers

In the words of the assistant secretary for OSHA:

"We're very concerned that the oil industry is not making the investment needed to run these refineries safely and workers are paying for it with their lives."

Nonetheless, the industry has not stopped pushing forward. The reality is that the Gulf produces more than 1.6 barrels of crude oil a day, or one third of the United States' production--so workers keep drilling. The director of Upstream and Industry Operations for the American Petroleum Institute expressed his hope:

While this is a good goal for companies to strive for, what course of action should be taken when an oil rig explosion does occur and workers are severely injured or killed?

Fight for compensation today with the help of Arnold & Itkin! 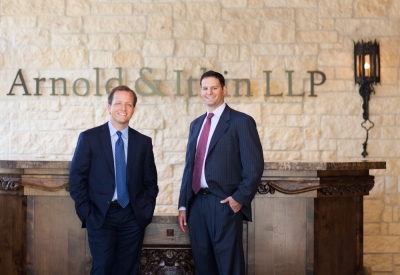 When an oil rig explosion occurs, workers can sustain serious injuries, such as the following:

If you are an offshore oil worker, regardless of the details surrounding your accident and what injuries you sustained, you should not hesitate to seek the medical damages and financial compensation you deserve. When others' carelessness adversely affects yours and your family's lives, you should have a voice. That is why Arnold and Itkin exists. As a firm, we have always fought for the rights of our injured clients. When you have been hurt because of another's negligence, you need an aggressive legal advocate on your side.

Still not convinced? We understand if you think we are trumping up our own qualifications, so consider our clients' testimonials. These are our highest badge of honor. Click here to hear what the offshore workers we represented after the BP Deepwater Horizon oil disaster have to say about our firm. Then pick up a phone and contact a maritime lawyer from our firm today for a free, obligation-free case evaluation!

Arnold & Itkin LLP is a nationwide firm that represents clients from coast to coast, including offshore workers from Texas, Louisiana, Mississippi, and Alabama.

"I told him, ‘Kurt you’re my hero. You’re my knight in shining armor.’ Because that’s how I feel toward him. He’s there to protect me, and I feel so safe. They are driven. They are aggressive. They will not quit for you. They will not give up for you. That’s what makes them special."