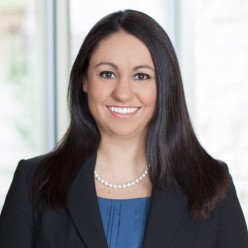 Kala has a passion for law and justice that developed many years ago. She believes that every individual deserves an advocate who will fight tirelessly on their behalf and has committed herself to doing just that for each of her clients. As a young girl, she often performed on stage. It is these life experiences that give her confidence as a trial lawyer in the courtroom.

Kala majored in Political Science at Duke University and graduated with a degree in Media Studies and Policy Journalism. The courses she took at Duke were foundational to her future career as a lawyer. Furthermore, Kala also learned a great deal when she spent a semester as an intern for CNN in New York.

Stopping with an undergraduate degree was not enough for Kala. She was inspired to take her education even further by enrolling in Baylor Law School. She knew that this would allow her to realize her dreams of becoming an advocate for those in need. While at Baylor, Kala was an active member of numerous organizations including the AAJ National Mock Trial Team, the ABA Labor Law Mock Trial Team, and the NCTC Mock Trial Team. Kala also finished as a semifinalist in the Baylor Top Gun Competition. This competition served as a mock trial tournament that helped further hone her legal skills. Upon graduation, Kala was a five-time Dean's List student, which was indicative of her commitment to her studies while at Baylor.

Following her years at Baylor, Kala went on to join a small firm in Houston that focused primarily on personal injury cases in both state and federal court. This experience served as a backdrop to her current practice. Kala is licensed to practice in Louisiana, Texas, and the U.S. District Court for the Southern District of Texas.

She loves to travel and enjoys spending free time with her husband. Kala remains a fervent Duke Basketball devotee and loves supporting her team at the games.

Our client was injured in a serious plant explosion that left him with severe back injuries, which required multiple medical procedures, including surgery. Despite opposition from the plant owners, who denied all liability, our team of attorneys at Arnold & Itkin ensured that the client received the necessary medical care and we were able to reach a life-changing settlement that gave the client the means to take care of himself and his family.
Attorney's fees and expenses totaled $0.00.

Arnold & Itkin is proud to have helped another client recover the just compensation they were owed following a serious 18-wheeler accident. Our lawyers stepped in on behalf of our client after he suffered neck and back injuries in a collision. The truck driver made an illegal left turn, crashing into our client and causing extensive damage. Our client’s injuries were so serious that he was forced to undergo surgery.

Though the defendant initially refused to admit or accept responsibility for the truck accident, we were able to reach a settlement agreement for $450,000 just a few weeks before the trial date. We are happy that our diligent preparation for the trial allowed us to leverage a favorable settlement on our client’s behalf.

Attorneys Kurt Arnold, Kyle Findley, Kala Sellers, and Cesar Tavares successfully recovered $220,000 for a Colorado offshore worker that was injured while working on a platform in the Gulf of Mexico. On the day in question, the client was served food from the galley that contained glass, which eventually became lodged in his throat. While trying to pry the glass from his own throat, he fell and suffered a shoulder injury, resulting in a shoulder surgery. The case was pending in Federal Court and successfully resolved two days before pre-trial. Arnold & Itkin is proud to have been able to resolve this case expeditiously and to the satisfaction of our client.
Attorney's fees and expenses totaled $132,597.34.