Watch as Deepwater Horizon clients discuss what it was like for them throughout their case. Listen as they discuss how our firm helped make it as easy as possible and worked tirelessly to protect them.

The Deepwater Horizon Client Experience: How the Company Treated Them vs. Arnold & Itkin

“Before the lawsuit was filed, everything was fine. I went back to work for six days, had a recurrence if you would. I contacted them by email first thing in the morning and said, ‘I will be contacting you by phone.’ I called later that day—the claims guy didn’t have time for me at that time. I called back the next day, it was still the same thing. Then I contacted Arnold & Itkin. I spoke with Jason to set up an appointment just to find out my legal rights—he met me that day.”

“All they wanted to do was make us sign papers if we weren’t hurt. I never signed anything because I didn’t know—I mean, I had been up for two days before the accident really and then we stayed on that boat another couple of days. I was just tired. Then we got home, that’s when it didn’t take me long to figure out they weren’t going to help me. That’s when I decided that I would get a lawyer.”

“There were a lot of things going on in my life at the time of the incident. I had a daughter on the way. Shortly after the incident, a couple months, I was still dealing with some pregnancy issues with my fiancé at the time. I got a call from Transocean and they requested me to go back to work. I never got a phone call from anybody in the company asking me if I was ready to go back to work or if I felt like going back to work, it was just ‘Alright, we need you here, go to work.’ At the time, I was more concerned about other things than myself. I didn’t know all my rights regarding the incident, so I went to work. After taking some time after my daughter was born, I sat down and did some research of my own. I figured out some of my rights and then started researching on which firm I wanted to go with.”

“Man the staff here is great. Y'all are great lawyers, you really are. I couldn’t ask for a more friendly, more personable group of people to work with. I really have enjoyed it and I appreciate it a lot.”

“They cut my wages off right around Christmas time. And I’m going, ‘I’ve got to do something to help support my family.’ I was thinking that way back before then, but I didn’t know what I could do for them from now on because of my condition I was in.”

“Well Transocean, they got me set up with a counseling service. As for the doctors, they didn’t assign me or appoint any doctors. I had to go through Aaron, he was my first attorney, then I guess the case was a little too big for him, so he moved me over here to Kurt and the team. Kurt and them started taking over and I started seeing doctors—it was pretty impressive.”

“After the accident, Transocean, they sent us a letter saying that they would pay us six months wages—which adds up to be a year because we work six months out of a year—if we wouldn’t sue them or BP. They weren’t worried about if we needed a doctor or if we were ok or whatever. They were more worried about us suing them. They really didn’t give us time to see out what was wrong with us. When I left the rig, I didn’t think nothing was wrong with me until I got home. I mean I couldn’t remember nothing and all my friends said, ‘He’s messed up.’ I sat around a couple of weeks or so and me and my wife had talked—that’s when we decided we get the lawyer. I called Kurt and talked to him and he was going to set up an appointment then he said ‘No, I’ll just come to your house and we’ll talk.’ He told me, ‘Look, if you decide to go with me, just fax me this paper.’ To be honest with you, before he left the house, the way he had talked to me, I could tell he knew what he was doing. So that’s why I actually, right then, was ready for him to take my case.”

“I knew from the years working with Transocean—I’d actually seen a few people get injured offshore that were friends—I knew once they sued Transocean, they would be on leave of absence. They weren’t allowed to go out to the rigs and such. Once their case was finalized, they were terminated immediately. I also knew that Transocean cuts off your pay whenever you do file suit against them—more or less to squeeze you out, to make you settle as quickly as possible, to not have to pay as much, or what have you. With Arnold & Itkin, that was another huge concern of mine the first time I came to them and they said, ‘You have nothing worry about…at the end of it if your case completely settles and we get absolutely nothing for your settlement, then you owe us nothing.’ I just, I could not believe that. Anything and everything they tell you, ‘If you need something, something happens, and it goes above and beyond what your pay is, let us know. We will do what we can to help you.’ And I have to say, they did, they have, they’ve stuck to their word. They are very good people, very honorable people. Whatever they say is what they do—without a doubt.” 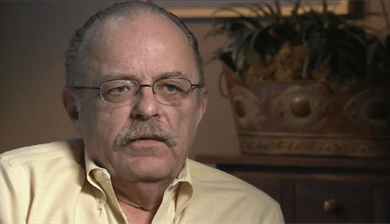 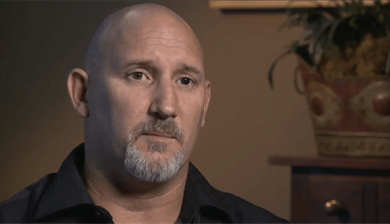 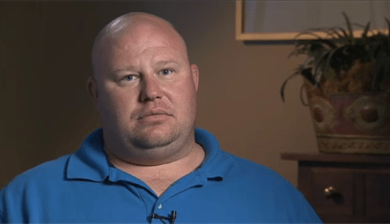