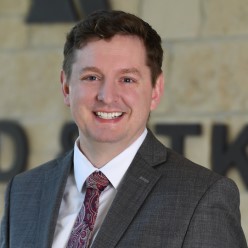 Born in Pocatello, Idaho, Sid realized two things early in his life: he had a talent for writing, and he wanted to help people. He attended Utah State University, where he graduated with a bachelor’s in English literature. He started a career in technical writing, but within a few years, he determined that the best way to use his writing to help people was to become a lawyer. He’d started applying to law schools when Penn State Law offered him a full scholarship, which he promptly accepted.

While studying law, Sid had the honor of clerking for judges in the Pennsylvania appellate court and federal district court. These clerkships gave Sid insight into the judicial decision-making process. He further developed his advocacy skills at Penn State Student Legal Services and sharpened his legal writing skills as a Comment Editor for the Penn State Law Review.

Upon graduation, Sid practiced law for two years in Lancaster, Pennsylvania, benefiting from exposure to multiple practice areas. However, he naturally gravitated toward civil litigation, where he could use his skills to assist the injured or wronged.

As a part of the team at Arnold & Itkin, Sid advocates for people who have suffered a serious injury at work (both onshore and offshore) or due to defective products. A husband and father, Sid empathizes with the grief and hardship that follows a serious accident. He puts all of his skills, effort, and time into ensuring his clients recover what they need to rebuild their lives.

In his free time, Sid spends his days with his wife and two children, with a third on the way. He enjoys playing guitar, reading, and being in the mountains.