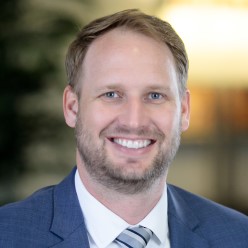 Scott Smith joined Arnold & Itkin for a simple reason: to help others. He learned first-hand how powerful corporations and insurance companies are and how the deck is stacked against regular people who try to hold them accountable in court. He lives for the fight, putting in long hours, knowing that his clients' lives depend on his effort and skill. No matter how tough the fight or how big the defendant, Scott refuses to be outworked.

Scott started his career defending the behavior of multimillion-dollar corporations and insurance companies. As he did this work, he realized that he became a lawyer to help ordinary people, not defend the nation's wealthiest companies.

At Arnold & Itkin, Scott is thrilled that he gets to help clients and seek the justice they deserve after suffering from others' wrongdoing. He now knows that his time working for large companies has provided him with the tools needed to counter the tactics they frequently use to get away with negligence.

Scott earned his undergraduate degree at Utah Valley University while studying business management. After this, he attended law school at the University of S.J. Quinney College of Law. Here, he participated in activities such as moot court, trial advocacy, and law review. Scott also completed externships at the Utah Court of Appeals and the Utah Attorney General's Office. While in his third year of law school, Scott had the opportunity to participate in a year-long honors program. During this time, he worked alongside the United States Securities and Exchange Commission to investigate corporate fraud. Today, he uses the investigative skills he learned during this time to help clients.

When Scott isn't obtaining justice for clients, he's spending time in the gorgeous Utah wilderness with his wife and three children.