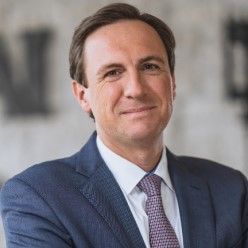 Attorney Ben Bireley is a sharp, creative attorney with extensive experience representing both plaintiffs and defendants. Before joining Arnold & Itkin in 2016, he worked at a renowned commercial law firm in Houston. He represented plaintiffs and defendants in complex cases involving multiple parties, sharpening his litigation skills in a variety of high-stakes cases. He gained knowledge in effective defense, but also how to defeat strong defenses.

His notable case history includes filing a claim against a national dialysis provider under the False Claims Act, filing breach of fiduciary claims against a worldwide palm-oil producer, and numerous high-stakes oil-and-gas contract issues. The case he is most proud of, however, is his work in advocating for the Boys & Girls Harbor. The Harbor is a home for abused children, and they needed representation in a claim against the City of Morgan’s Point. He obtained a multi-million dollar settlement for the Harbor, ensuring their needs were met.

Ben joined Arnold & Itkin precisely because of cases like the Harbor’s. He wanted to focus his practice on the injured and harmed, who were hurt because their companies prioritized their profits over their people. Ben handles cases of maritime accidents, truck accidents, plant and refinery accidents, and other catastrophic and high-stakes injury cases. Like every attorneys at Arnold & Itkin, Ben fights relentlessly for the best outcome for his clients.

Prior to beginning his private practice, Ben was a law clerk for the Honorable Lee H. Rosenthal in the Southern District of Texas—one of the most renowned trial judges in the nation. He graduated from the University of Texas School of Law in the top 10% of his class, serving as the Chief Articles Editor for the widely-known Texas Law Review.

Before pursuing law, Ben was a teacher at Jesuit College Preparatory School in Dallas and earned a Work of the Heart Award before enrolling in law school. For his undergraduate, Ben attended Boston College, where he was a part of the prestigious Boston College debate team. He graduated with honors in 2005.

When not preparing cases, Ben spends time with his wife and 3 daughters. He attends St. Vincent de Paul Catholic Church in Houston. He is also an avid (albeit declining) basketball player, and enjoys spending time by the ocean.

Attorneys Kurt Arnold, Jason Itkin, Cory Itkin, and Ben Bireley settled a case for a record sum on behalf of a grieving family. Our clients lost their loved one in an offshore incident due to negligence, but the defendant offered them a shockingly low sum as compensation. They then pressured the family into accepting the settlement offer through the use of arcane legal maneuvers and 100-year-old, outdated laws. By persevering through their shallow tactics, our team was able to secure $6.9 million for the family’s future security and stability—many times more than the defendant’s original offer. Arnold & Itkin is proud of this result, and even prouder that our client received the compensation their situation demanded.

Our firm was proud to secure a multimillion-dollar settlement for the family of a deceased offshore worker. Attorneys Kurt Arnold, Jason Itkin, Cory Itkin, and Ben Bireley represented the widow of an vessel worker who died due to alleged negligence. Our client wanted an attorney who would be able to do justice on behalf of her late husband, and her extensive search led to Arnold & Itkin. Shortly after receiving the call, Kurt Arnold flew out to speak with the family personally. After meeting, we immediately filed the case to put the pressure back on the defendant. Despite multiple legal obstacles, our team eventually negotiated a $6.6 million settlement—a sizable award that will help our client gain closure, grieve in peace, and secure a financially stable future.

Attorneys at Arnold & Itkin secured a settlement of $6.1 million for a woman who lost her husband in an incident offshore. Before she called us, she was being relentlessly hit with call after call from the defendants, government officials, and other people looking out for their own interests. The defendant attempted to pressure her into settling for an extremely small amount, despite the circumstances of her husband’s death. When she contacted our firm, Kurt Arnold immediately flew out to speak with her personally. By fighting back against the defendant and relentlessly pursuing justice on our client’s behalf, we secured a settlement that is 12 times larger than the original settlement offer.

Our law firm represented a worker who suffered serious crush injuries to both his arm and his hand. Attorneys Jason Itkin, Noah Wexler, Ben Bireley, and Rebecca Adam took on the case, beating back the claims of the defendant who denied that the incident ever occurred. The defendant refused to take any responsibility. Despite this, we were successful in reaching a major settlement, recovering $2.875 million for our client.

Attorneys Noah Wexler, Ben Bireley, and Rebecca Adams obtained a million-dollar settlement on behalf of our client—a survivor of a multi-vehicle crash that involved an 18-wheeler. Our client suffered serious injuries to his back and neck as a result, which kept him from earning a living. The defendant (the company who employed the truck driver) attempted to avoid responsibility by blaming the other drivers in the accident and by downplaying our client's injuries—injuries that required multiple operations. We continued working right up to the trial date to hold the company accountable. At the last minute, they chose to settle with our client rather than face a jury.

Attorneys Noah Wexler and Ben Bireley recovered a $975,000 settlement on behalf of a truck driver who was injured after another driver drove carelessly. This will help ensure that he has a stable future.

Attorneys Ben Bireley and Noah Wexler secured a $750,000 settlement for a woman who was rear-ended by a commercial vehicle while traveling on I-45 south. Despite being a rear-end accident, the driver and his employer both denied liability for the woman's damages—which were significant. Thankfully, the company changed their tune when Arnold & Itkin started demanding answers. Now our client has the money she needs to get medical care and secure her future.

Attorneys Noah Wexler and Ben Bireley represented a chemical plant contract employee who was severely injured after a davit arm fell on him. We fought tirelessly to hold the defendants accountable for the dangerous procedure that endangered our client and were successful in reaching a favorable settlement on his behalf.

Noah Wexler and Ben Bireley represented a young welder who suffered injuries from a dropped hammer while working. Our firm took on the case, facing a defendant who refused to acknowledge the damage caused by their negligence. We fought tirelessly to ensure that our client got the results that he truly deserved.

Attorneys Noah Wexler and Ben Bireley have successfully resolved a medical malpractice claim on behalf of a woman who was left paralyzed by her neurosurgeon. Noah and Ben took key depositions of multiple individuals, which was followed by an offer from the insurance company to pay out the policy in full. Arnold & Itkin is honored to help the victims of medical malpractice move forward with their lives.

Attorneys Noah Wexler and Ben Bireley have secured $485,000 in a settlement for an injured offshore mechanic. Our client, an experienced platform employee, was injured during a swing-rope transfer to a crew ship. This settlement will provide our client with the medical and financial stability he needs to move forward.

Attorneys Noah Wexler and Ben Bireley successfully negotiated a settlement of $400,000 for a client who was injured offshore. Our client was an experienced and able-bodied seaman who was not given the tools he needed to do his job safely. As a result, he seriously injured his shoulder. Arnold & Itkin is proud to help this offshore worker get back on his feet.

Attorneys Noah Wexler and Ben Bireley have settled an injury case for a forklift operator who was injured by a negligent trucking company. The defendant's employee pulled away while our client was still working in the truck, leading to his injuries. This settlement will make sure our client will have everything he needs while he recovers.

$225,000 Settlement Obtained for Worker Injured by Fall in Plant

Attorneys Noah Wexler and Ben Bireley secured a $250,000 settlement for a man who fell from a height while conducting turnaround operations. The defendant decided to settle with our client instead of facing him in court shortly after we started investigating the incident—namely, after we took depositions of key safety personnel. Arnold & Itkin will always stand up for workers who need help after suffering injuries in the workplace.