On April 20, 2010, disaster struck in the Gulf of Mexico. This is the day that the Deepwater Horizon oil rig, located on the Macondo Prospect, exploded--killing 11 people and causing what is considered to be largest accidental marine oil spill in history. Oil gushed for more than 85 days after the initial explosion, with the oil finally coming to a halt on July 15, 2010. By then, according to the U.S. Government, roughly 210 million U.S. gallons had been spilled.

About the Deepwater Horizon

The Deepwater Horizon was a semi-submersible mobile offshore drilling unit. The rig was built by Hyundai Heavy Industries and owned by Transocean; BP chartered it for the Macondo Prospect and was expecting to use it from 2008 to 2013. At the time of the incident, the rig was only 9-years-old.

About the Explosion on the Rig

An explosion occurred on the Deepwater Horizon around 9:45 p.m. CDT on April 20, with 126 crew members aboard. According to some of the workers who were onboard the rig, the lights began to flicker, which was followed by strong vibrations. The initial explosion on the rig was followed by a fire that lasted for more than a day. On April 22 at approximately 10:20 a.m., the Coast Guard reported that the oil rig had sunk.

In the aftermath of the explosion and fire, 115 people were evacuated. Initially, anywhere from 12 to 15 people were reported as being missing; however, that number was later reduced to 11. A massive rescue operation was launched by the U.S. Coast Guard that included two cutters, four helicopters, and a rescue plan. Despite these best efforts, 11 people were never found. In total, 16 people were injured by the blast.

Investigation into the Explosion & Fire

Following the tragic accident, several investigations were launched. In one of these, the House Committee on Energy and Commerce stated that BP should have tested the cement. BP itself released a report of their findings in September of 2010, where they stated that a pressure test had been incorrectly interpreted by both BP and Transocean, with several warning signs being neglected and ignored by both companies.

Later that year in November, the Oil Spill Commission reported its findings from its own investigation. While they stated that BP had not sacrificed safety, they did note that several decisions had increased risk. As Co-Chair Billy Reilly said, "there was not a culture of safety on that rig." One of decisions that received heavy criticism was BP's failure to add more centralizers, despite recommendations that it had received. 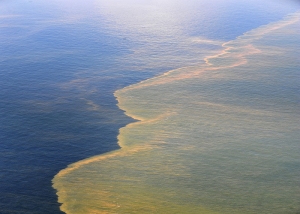 On April 22, two days after the initial explosion, an oil leak was discovered following the emergence of a large oil slick. For the next 87 days, oil continued to flow at an estimated rate of 1,000 to 5,000 barrels per day. Two months after the leak was spotted, oil began to wash up on the shores of the Gulf States, with the oil spreading further and further as time went on. Satellite images have shown that the spill spread to roughly 68,000 square miles.

The health consequences have been severe for local residents and workers, including exposure to:

This toxic exposure has had serious effects, including neurological, eye, and respiratory problems. By June of 2010, nearly 150 exposure cases related to the BP oil spill had been reported to the Louisiana Department of Health and Hospitals, with the majority involving workers involved in the clean-up efforts. One reported noted that there more than 700 people who had sought medical services with complaints in the Gulf.

Financial Consequences of the Oil Spill

While the environmental and health consequences have been severe, there have also been long-lasting financial problems for people who work and live in the Gulf. This has impacted business owners who had to deal with an interruption of their business, as well and those involved in different industries ranging from fishing to manufacturing to tourism. In these cases, it is possible to file a claim for just compensation.

Arnold & Itkin represented nearly a third of the crewmembers injured in the Deepwater Horizon explosion. To learn more what they thought about working with our firm, watch the video below:

At our law firm, we are proud to help people in a variety of legal cases related to the BP oil spill-regardless of whether they involve maritime or business law. Having recovered billions of dollars on behalf of our clients, we believe our past results speak for themselves. While they are not a guarantee of future success, they do demonstrate our passion for justice and our belief in going above and beyond for our clients.

We encourage you to contact us today to take advantage of our 100% free case evaluation.