It is estimated that 706 million gallons of waste oil enter the ocean on a yearly basis. While offshore drilling, spills, and leaks only contribute around 8% of this, they still result in millions of gallons. Oil spills can happen for a number of reasons, from offshore drilling accidents to vessel accidents.

When oil spills into the ocean, it will spread into the water, primarily resting on the surface. The force of waves, currents, and wind can cause this oil slick to drift over large areas. The oil can cause damage to the open ocean, surrounding coastal areas, and even marine habitats and environments. Oil can destroy the water repellency of bird’s feathers, hinder the insulating ability of fur-bearing mammals, and damage the hearts / cause fin erosion in fish. From dolphins and whales to sea turtles and birds, oil spills can have negative effects on all types of wildlife.

There are also long-term issues that result from oil washing up on shore and polluting water sources. Overall, the damage that oil spills bring can depend on the oil’s composition and properties, as well as the volume of oil that is spilt. No matter what, any type of oil spill can bring about devastating damage to the ocean environment.

Affected by an Oil Spill? Our Lawyers Can Help. 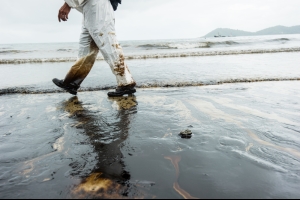 An oil spill, such as the one that occurred after the Deepwater Horizon explosion, is one of the most traumatic things that can occur to individuals, residents, and businesses. Not only is the environmental impact enormous, but it can have a dramatic effect on business, as well as people's health. For this reason, if you have been impacted by such an oil spill, it is very important that you do not hesitate to get the help that you need from an experienced maritime lawyer at Arnold & Itkin as soon as possible.

To learn more about recent oil spills and our firm's involvement, please read our latest blogs!

Get the Help You Need from Accomplished Oil Spill Attorneys

With extensive experience, our law firm is proud to stand up and fight for the rights of those affected by serious oil spills. We strongly believe that responsible companies should be held liable for their actions and those victimized by such incidents should be justly compensated. This is just one of the reasons that we were so proud to help nearly a third of the crewmembers hurt in the Deepwater Horizon accident, as well as countless other clients who have had cases involving oil spills and all of the related ramifications.

We are proud to offer legal assistance to the following:

In one case, Attorney Kurt Arnold helped represent Louisiana landowners who were looking to file a lawsuit against big oil companies following serious contamination on their properties. The plaintiffs in this case had the land in question in their name for generations and were concerned about the impact of oilfield operations. We took on the case and found that many of the companies had not followed proper policies and procedures for containing oil and other foreign elements; we also discovered that they had not cleaned up their operations or removed the equipment once production stopped. In the end, our firm was able to negotiate a $9 million settlement for the landowners, as well as full restoration, which forced the companies to clean up the properties properly.

Other victories we have had with oil & gas cases:

What Leads to Oil Spills?

One of the most damaging oil spills in recent years was the Deepwater Horizon disaster. This spill damaged the ecosystem all along the U.S. Gulf Coast. As most oil spills happen on the surface of the ocean, the spill remains there for some time. However, this drilling accident began at the ocean floor and rose up to the surface. Oil spills like this can damage the marine environment at every level. In 2010, the Deepwater Horizon oil rig spilled approximately 210 million gallons of oil into the gulf—making it the second largest oil spill in history. What led to this serious oil spill? Numerous flaws led to the oil rig blowout, resulting in several deaths, injuries, and severe environmental damage.

Other common causes of oil spills:

The Challenges of Cleaning up Oil Spills

Cleaning up an oil spill can be extremely challenging. In many cases, even a fast response cannot prevent serious damage to the ocean and marine life. Clean up methods will depend on a number of different factors—such as the characteristics of the oil. To prevent further pollution, containment and removal of the oil can be done through skimming, filtering, or other methods. From there, it will need to be dispersed into small droplets, biodegraded, or allowed to pass through weathering processes. In some cases, animals may be rescued and cleaned before being released back into the wild. However, smaller species are often not helped due to limited resources.

Preventing Spills in the Ocean

One of the ways that oil rig spills can be prevented is for employers to enforce stricter, stronger standards. When oil drilling workers make mistakes, they can be deadly and destructive. 25 years ago, the U.S. Congress enacted the Oil Pollution Act of 1990. This act was designed to help strengthen oil spill prevention and improve planning and response efforts. The responsibility for oil spills can fall on individuals, corporations, companies, and industries.

While oil rig companies can improve safety and maintenance standards, the U.S. government has taken stronger measures to prevent such disasters. The main method they have used is enforcing heavy financial penalties. For example, following the Deepwater Horizon oil spill, they had to pay $5.5 billion for violations of the Clean Water Act, which was created in 1977 to govern water pollution. They also had to pay $700 million for injuries and losses related to the oil spill. This brought their total fine for the explosion and spill to more than $54 billion. No matter the size of the spill or type of oil, any unnatural spill can bring about devastating damage to the ocean environment.

While most recent memory brings the 2010 Gulf of Mexico oil spill to mind, there has actually been a lot of enormous spills throughout history. Below, we provide information regarding 10 of the largest spills.

How Our Oil Spill Attorneys Can Help You 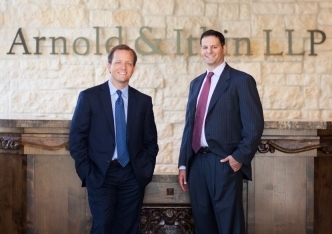 Injured in an accident causing an oil spill? Has your business trickled to nothing due to reduced tourism? No matter the root of your problems, you can trust our oil spill lawyers to help. We are experienced in maritime, personal injury, and business law and can bring all of our extensive experience to work for you. We have represented everyone from fisher boat captains to publicly traded companies, as well as workers who were injured in the Deepwater Horizon accident that caused one of the largest environmental disasters in our nation's history. We know the ropes of the law, and we are prepared to help represent you.

To learn more about firm and how we can help with oil spill claims, do not hesitate to contact us.