Founded in 2005, Seadrill is a Norwegian-Bermudan offshore drilling company. It has headquarters in London, Liverpool, Houston, and Dubai. Since it was launched within the last 20 years, the company advertises that its fleet of offshore drilling rigs are the youngest in the drilling industry. According to the company, the age of their fleet gives them a capability and flexibility that other companies are unable to offer. It boasts that the age of their fleet makes it one of the most capable harsh environment drillers in the world.

Seadrill is in the process of building 15 more rigs. Major operations for the company are in Angola, Brunel, Indonesia, Norway, the Republic of Congo, Nigeria, Thailand, Brazil, United States, Saudi Arabia, the United Arab Emirates, and the United Kingdom.

On August 21, 2009, a blowout created a leak from the Montara wellhead platform in the Timor Sea off the coast of Western Australia. Seadrill’s West Atlas rig was being used by PTTEP Australia to for drilling operations. The rig leaked oil into the ocean for 74 days; a fire broke out on the rig during attempts to stop the leak. It took 4 tries to stop the leak. By then, the damage was already done: an estimated 1.2 to 9 million gallons of oil had spilled.

The incident represented Australia’s first well blowout in over 25 years and was one of the worst oil disasters in the country’s history. In 2015, Australian news agencies reported that recovery from the oil spill was slow and, in some cases, non-existent. This recovery has been slow as the Australian government has claimed that it has no jurisdiction to prosecute the responsible parties. Reports since the incident have shown drastic reductions in wildlife in the area as well as a significant decrease for Indonesian fishermen. On late 2016, a class action suit was filed in Sydney on behalf of 13,000 Indonesian seaweed farmers.

Seadrill’s website maintains that safety is a cornerstone of their daily operations. However, these safety practices are not always enforced or practiced, so accidents still occur.

Recent accidents on Seadrill rigs include the following:

Our Seadrill Accident Attorneys Are Ready to Help 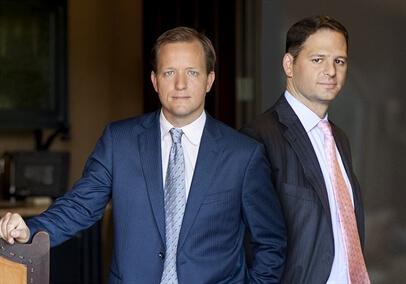 The Jones Act lawyers at Arnold & Itkin have observed a trend of companies failing to protect their employees, despite paying lip service to a “culture of safety.” When an employee is injured, companies often try to shift the blame to avoid covering the health costs caused by their negligence. These companies do this because they think they can get away with it. Arnold & Itkin doesn’t let them.

Our Seadrill accident lawyers protect our clients by holding large companies accountable for the pain they cause. We have won billions for clients to help them afford medical care, replace lost wages, and rebuild their lives. In fact, when the Deepwater Horizon went up in flames and caused one of the worst oil spills in history, we were there to fight for the survivors and victims. Arnold & Itkin’s lawyers represented over a third of the crew and fought for their financial future. We knew what the company would try to do—and we stopped them.

If you have been injured while working on an oil rig, our attorneys are here to help. Contact us today at (888) 346-5024 for a free consultation to review your options.