Rowan Companies PLC provides offshore drilling services as a contractor to petroleum companies. The company was founded in 1923 and is headquartered in Houston. Today, its fleet consists of more than 25 jack-up rigs. The company also has 4 ultra-deep water drilling ships. These modern ships are capable of drilling well that are up to 40,000 feet deep in water depths up to 12,000 feet. The company operates its rigs in rough waters and harsh environments in the Gulf of Mexico, the United Kingdom, the Norwegian North Sea, the Middle East, and Trinidad.

Rowan Companies operates numerous subsidiaries worldwide and employs thousands of workers. However, like many other offshore companies, they do not have a perfect safety record. Our Rowan Companies accident attorneys have filed cases against the company for negligence in the past.

Between 2002 and 2005, Rowan Companies operated the Rowan-Midland rig in the Gulf of Mexico while discharging pollutants. After a government investigation, it was revealed that employees were knowingly dumping hydraulic oil, paint, and garbage into the gulf. This was found to be in severe violation of the Clean Water Act (CWA) and the Act to Prevent Pollution from Ships (APPS). Rowan Companies pleaded guilty to three felonies and was required to pay penalties totaling $9,000,000. The company was also placed on probation and was required to create an environmental division. Nine of the company’s employees were also fined $2,500 each. Rowan Companies eventually sold the Rowan-Midland rig for an estimated $60,000,000.

The offshore industry is full of dangers for the men and woman who work in it. However, this does not release companies from their responsibility to protect workers from harm. Most accidents, injuries, or fatalities at sea are a result of negligence—they are fundamentally preventable with proper care. Arnold & Itkin’s Jones Act lawyers have seen a repeating pattern: companies boast about safety but fail to keep workers safe. Rowan Companies must do whatever it takes to mitigate the risks its employees face. When an accident does occur, oil companies must be held accountable for the sake of the injured and of future employees. 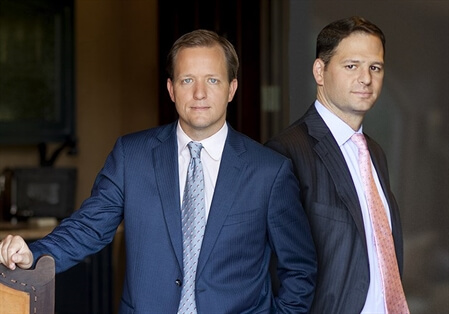 Arnold & Itkin has a history defending offshore workers. When the crew of the Deepwater Horizon needed help after one of the worst oil disasters in history, we were there. When the El Faro sank and robbed 33 families of their loved ones in a single moment, our firm fought the hardest for the widows who wanted justice in their husbands’ names. When people lose their careers, their lives, and their families at sea, we are the firm they turn to.

Arnold & Itkin has built a law practice on holding companies accountable to the people they hurt. When our offshore injury lawyers are approached by those who have suffered from negligence, we fight to help them rebuild their lives. Our firm has won billions for clients who are looking for medical care, lost wages, and financial security for their families.

If you have been injured while working offshore, call us today at (888) 346-5024. Consultation is free and, if we take your case, you do not pay unless we win.