Olympic Tug ventured into the world of energy transportation when it contracted with British Petroleum to fulfill its needs in the Pacific Northwest. This catapulted the company’s growth and eventually led to a partnership with multiple companies to operate in West Africa. Olympic Tug was once again positioned for further growth with the sale of the West African operation. Harley Marine Services was formed as a holding company for the multiple businesses that sprouted since Olympic Tug & Barge’s small beginnings in 1987.

The companies operated by Harley Marine Services include the following:

Harley Marine Services describes itself as a leader in marine technology and proudly advertises that each boat in its fleet features state-of-the art technology. It states that the use of its technologies protects workers and ensures environmental safety. Finally, it emphasizes how its use of technology enables the company to maintain superiority over competitors in customer service and operations.

Though the company positions itself as a leader in safety, there have been numerous incidents involving operations ran by Harley Marine Services: 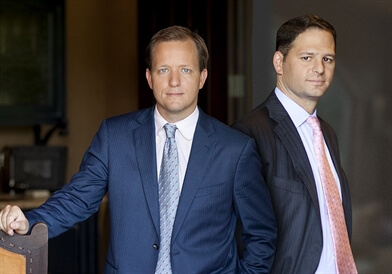 The incidents mentioned above reveal that no company is immune to neglect. Offshore work is already dangerous. Even companies that boast about their ability to lead the industry in technology, safety, and service are prone to making mistakes that cost their employees their health and their careers. When that happens, our Harley Marine accident attorneys hold companies accountable for negligence.

At Arnold & Itkin, we have seen a pattern of companies boasting about safety but failing to implement and practice the policies they claim to have until an accident happens. When companies neglect safety, employees get hurt. Our offshore injury attorneys have a history of fighting for each client’s recovery. We have a history of results that show how we help them rebuild their lives.

If you have been injured due to employer negligence, call Arnold & Itkin today for a free consultation at (888) 346-5024.