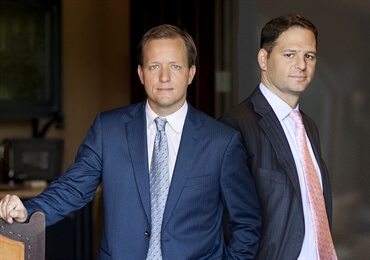 Diamond Offshore Drilling, Inc. was incorporated on April 12, 1989. It provides contracted drilling services to deep water drilling locations around the world. Headquartered in Houston, the company also has offices in Australia, Brazil, Mexico, Scotland, Norway, and Singapore. Diamond provides offshore drilling services through contracts with some of the largest oil companies in the world. Most of its operations include work with Anadarko Petroleum, Petrobras, Hess Corporation, and BP.

Diamond Offshore owns 17 drilling rigs, 13 of which are semi-submersibles and 4 are dynamically positioned drillships. Semi-submersible rigs work in water that is too deep for fixed structures to drill from. They seek to provide stability via submerged pontoons and structural columns that allow the deck to be raised high about the ocean’s surface. Dynamically positioned drillships have a set of propellers and thrusters that are controlled by a computer system. This system maintains the rig’s stability by continually monitoring conditions and adjusting the thrusters and propellers accordingly. These systems allow ships to drill at deeper water than previously possible.

Offshore drilling is a dangerous industry. The Jones Act lawyers at Arnold & Itkin know that most offshore accidents are preventable and that companies are obligated to protect their workers from unnecessary risks. When an employee is injured or killed, it’s often a result of company negligence.

The most recent Diamond Offshore accidents include the following events:

Workers Must Be Protected

Arnold & Itkin believes in protecting offshore workers. When the worst offshore tragedies in history have happened, we were there to fight for workers.

On April 20, 2010 the Transocean Deepwater Horizon exploded and killed 11 workers. Our lawyers represented nearly one-third of the crew that was working on the rig during the tragic explosion. When the oil companies in charge of the drilling project tried to blame their workers, Arnold & Itkin made sure the crew received enough money to pay for their medical care and provide for their families.

In October 2015, the El Faro sailed directly into a hurricane and was never heard from again. In the ensuing investigation, it was revealed that the ship was undergoing repairs and had a history of suddenly losing power. When the crew was presumed dead, four widows came to us to get justice for their husbands’ deaths. Our team helped those widows get settlements that will provide for them for the rest of their lives.

Companies often vocally announce their dedication to safety, but as soon as something goes wrong, they shift the blame onto employees. Our attorneys understand that accidents happen due to negligence that are caused by negligence and a disregard toward meaningful safety practices.

The Diamond Offshore accident attorneys at Arnold & Itkin understand what is at stake when tragedy strikes. Injuries that occur during oil exploration are painful and often take years of recovery. Even worse, these injuries often rob workers of their only income and lifelong career while bills continue to pile up. We have a history of verdicts and settlements that have recovered billions for people that need help the most.

If you have been injured while working for an offshore drilling company, call the Diamond Offshore accident lawyers at Arnold & Itkin today at (888) 346-5024. We will listen to your case at no cost and help you make the best decision to begin your recovery.