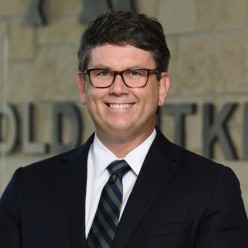 As a young man, Bronson Bills wanted to make a difference in people’s lives. After earning his bachelor’s degree from the University of Utah in Salt Lake City, he applied to law schools to become an attorney. He was accepted to the law school of The Catholic University of America in Washington, D.C., where he showed considerable skill as a legal scholar and as a trial advocate.

Upon graduation, Bronson took a job as a law clerk at a firm in Utah. Once he passed the bar, he worked at law firms in both Washington, D.C. and Utah, where he remains licensed to practice law.

Bronson’s career is marked by his skill in both the theory and practice of law. As a litigator, he’s represented people against some of the largest and most well-prepared defendants in the country, recovering millions in cases at the state and federal level. As a scholar, he’s taught civil law procedure in North Carolina to first-year law students while publishing law review articles in the Georgetown, Northwestern, and University of Connecticut law journals.

Joining Arnold & Itkin represents the fulfillment of his commitment to himself all those years ago: to make a difference in other people’s lives. As an injury attorney, he’s in a position to help his clients rebuild their lives after suffering grievous harm.

In his spare time, Bronson enjoys spending time with his wife and children, golf, fly-fishing, art, writing, and literature. He’s also a big baseball fan, having helped his college team make it to the Junior College World Series in Grand Junction, Colorado.